Don King 2 On The Way

The Hip hop duo Mob-Figgaz has so far dropped 3 singles this year (Giri Bag,Street Kings "madzimambo" ft GZE and Tremma, and WcW (chibadbad) which mobx one half of the group did solo and a cypher with Paylz. 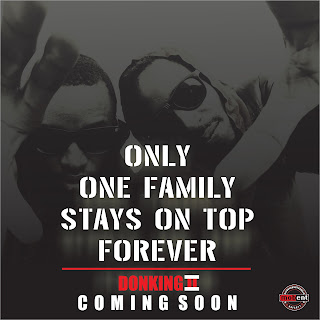 The singles were received with mixed reactions and didn't get too much commercial success on radio maybe because they were not your usual pop records or they didn't fall under the bracket of records that are currently trending. It's been months since the group released their last song and its official they are dropping their seventh studio project Don King II Only One Family Stays On Top Forever #oofsotf. The mixtape track list which has A list features will be revealed early October. The project took about 8 months to put together and its safe to say that it's done and ready to drop. "This is by far the best work we have made as Mob-Figgaz & we can say we have begun our journey" Mob G said .Expect to be mind blown by this piece of work.Its a true reflection of the times and state of the country a voice of the voiceless .